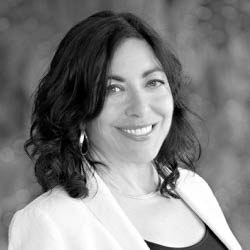 NETWORK SCIENCE: FROM THE MASSIVE ONLINE NETWORKS TO CANCER GENOMICS

Everywhere we turn these days, we find massive data sets that are appropriately described as networks. In the high tech world, we see the Internet, the World Wide Web, mobile phone networks, a variety of online social networks like Facebook and LinkedIn, and massive online networks of users and products like Netflix and Amazon. In economics, we are increasingly experiencing both the positive and negative effects of a global networked economy. In epidemiology, we find disease spreading over our ever growing social networks, complicated by mutation of the disease agents. In biomedical research, we are beginning to understand the structure of gene regulatory networks, with the prospect of using this understanding to manage many human diseases. In this talk, I will look quite generally at some of the models we are using to describe these networks, processes we are studying on the networks, algorithms we have devised for the networks, and finally, methods to indirectly infer latent network structure from measured data. I'll discuss in some detail two particular applications: (1) very efficient machine learning algorithms for doing collaborative filtering on massive sparse networks of users and products, like the Netflix network; and (2) inference algorithms on cancer genomic data to suggest possible drug targets for certain kinds of cancer.

Dr. Jennifer Tour Chayes is Distinguished Scientist, Managing Director and Cofounder of Microsoft Research New England and Microsoft Research New York City. Before joining Microsoft in 1997, Chayes was for many years Professor of Mathematics at UCLA. Chayes is the author of over 135 academic papers and the inventor of over 30 patents. Her research areas include phase transitions in discrete mathematics and computer science, structural and dynamical properties of self-engineered networks, graph theory, graph algorithms, algorithmic game theory, and computational biology.  She is one of the inventors of the field of graphons, which is now widely used for machine learning of massive networks.

Chayes holds a BA in biology and physics from Wesleyan, where she graduated first in her class, and a PhD in mathematical physics from Princeton. She did postdoctoral work in the Mathematics and Physics Departments at Harvard and Cornell. She is the recipient of the NSF Postdoctoral Fellowship, the Sloan Fellowship, the UCLA Distinguished Teaching Award, and the ABI Women of Leadership Vision Award.  She has twice been a member of the IAS in Princeton. Chayes is a Fellow of the American Association for the Advancement of Science, the Fields Institute, the Association for Computing Machinery, and the American Mathematical Society, and an elected member of the American Academy of Arts and Sciences. She is the winner of the 2015 John von Neumann Award, the highest honor of the Society of Industrial and Applied Mathematics.  In 2016, Chayes received an Honorary Doctorate from Leiden University.