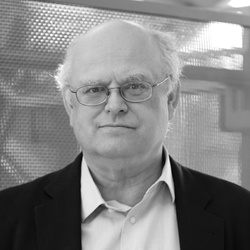 See keynote in our Agenda Planner

Over the preceding year, the world of supercomputing has advanced at an unprecedented pace in terms of technologies, methodologies, and means. This presentation will review those changes, with regard to advances and challenges over the last 12 months – both from an individual perspective, strongly influenced by hardware, but also more broadly informed by application demands and system software developments. An emphasis on trends determining future directions and possibilities will be taken in the face of challenges imposed by the looming end of Moore’s Law, the race for exascale, the rapid growth of interest in machine learning and data analytics, and emerging paradigm shifts in computing methodologies. This year has seen coalescing schedules for achieving at least one typical metric of exascale across the beginning of the next decade employing a variety of architecture classes, even as the first systems to achieve 200 petaflops or more are being prepared before the end of this year. Machine learning is spawning multiple strategies for ever increasing productivity, enabling solutions to problems impossible only a few years ago. Quantum leaps in quantum computing have been pushed by both academia and industry, to the point that at least the glimmers of a shadow near the end of tunnel may be perceived. Other non-von Neumann architectures, such as neuromorphic computing, are being explored as well. There is much to discuss and many things to consider as the present status of the field of supercomputing presages its future impact.

This returning keynote is the 15th in its series and will be given before the closing presentation of ISC 2018.

Thomas Sterling holds the position of Professor of Intelligent Systems Engineering at the Indiana University (IU) School of Informatics, Computing, and Engineering as well as the Chief Scientist and Associate Director of the Center for Research in Extreme Scale Technologies (CREST). Since receiving his Ph.D from MIT in 1984 as a Hertz Fellow Dr. Sterling has engaged in applied research in fields associated with parallel computing system structures, semantics, and operation in industry, government labs, and academia. Dr. Sterling is best known as the "father of Beowulf" for his pioneering research in commodity/Linux cluster computing. He was awarded the Gordon Bell Prize in 1997 with his collaborators for this work. He was the PI of the HTMT Project sponsored by NSF, DARPA, NSA, and NASA to explore advanced technologies and their implication for high-end system architectures. Other research projects included the DARPA DIVA PIM architecture project with USC-ISI, the Cray Cascade Petaflops architecture project sponsored by the DARPA HPCS Program, and the Gilgamesh high-density computing project at NASA JPL. Thomas Sterling is currently engaged in research associated with the innovative ParalleX execution model for extreme scale computing to establish the foundation principles to guide the co-design for the development of future generation Exascale computing systems by the end of this decade. ParalleX is currently the conceptual centerpiece of the XPRESS project as part of the DOE X-stack program and has been demonstrated in proof-of-concept in the HPX runtime system software. Dr. Sterling is the co-author of six books and holds six patents. He was the recipient of the 2013 Vanguard Award. In 2014, he was named a fellow of the American Association for the Advancement of Science.